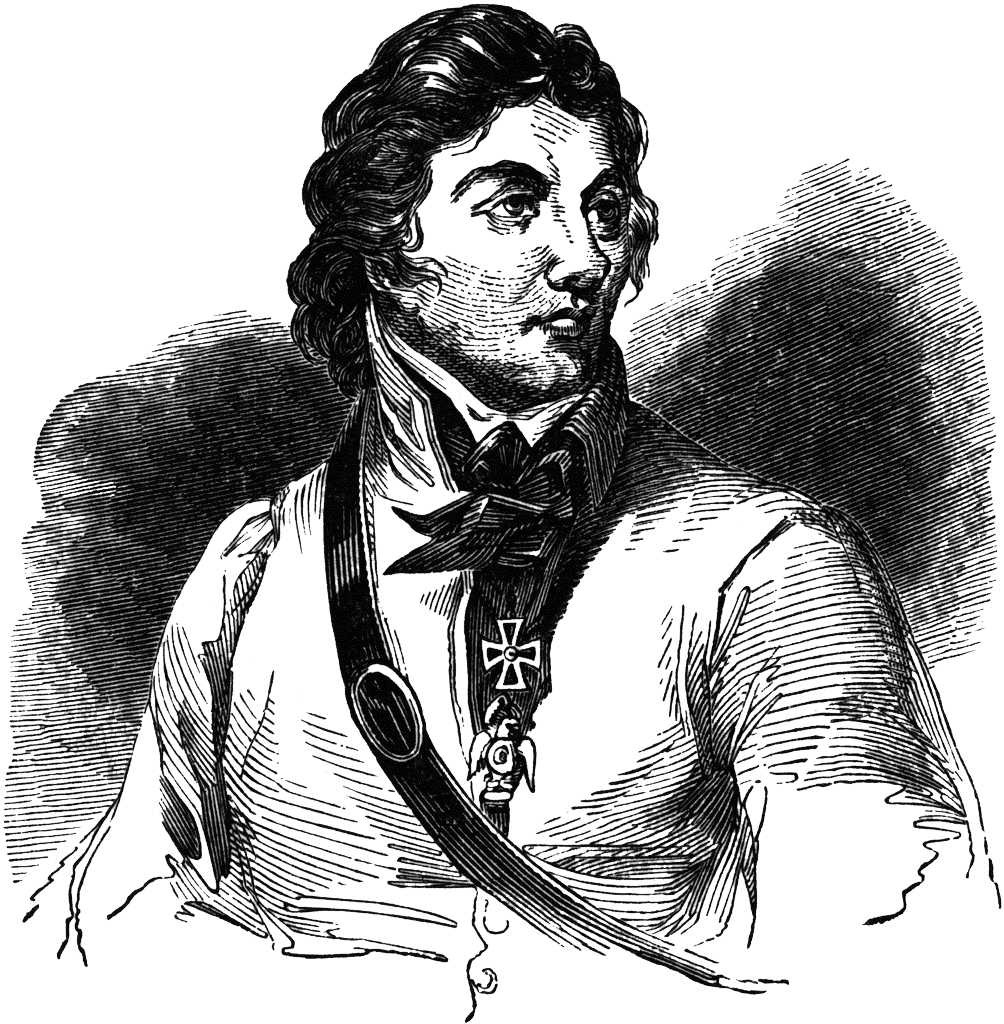 Principal author of U.S. Declaration of Independence and third President of the United States

Tadeusz Kościuszko was a military engineer, statesman and military leader who became a national hero in Lithuania, Belarus, Poland, and the United States.

He was born on February 4, 1746, to a Lithuanian noble family in what is today Belarus. His family was part of the nobility, and they owned a modest property in the Grand Duchy of Lithuania. He studied in Warsaw in the Royal Corps of Cadets and graduated in 1766. When civil war broke out in the Polish–Lithuanian Commonwealth, Kościuszko chose to leave Poland for France, where he studied architecture at the Academy of Painting and Sculpture. His time in France exposed him to Enlightenment philosophy, which influenced his personal and public life. When he learned of the outbreak of the American Revolution, he was deeply moved by the ideals of freedom and liberty, for which the colonists fought.

Kościuszko arrived in Philadelphia on August 30, 1776, barely two months after adoption of the Declaration of Independence on July 4, 1776, and applied to the Second Continental Congress to join the Continental Army. He came penniless and of his own accord without any letters of recommendation or introduction. Kościuszko proved to be both a fearless soldier and an innovative engineer. During his seven years of service in the Continental Army, he was the engineer of the defenses of West Point and the battlefield of Saratoga. Kościuszko himself selected the ground for the battle of Saratoga and directed the labor of one thousand men to build adequate defenses. Kościuszko’s defense strategy at the battle of Saratoga facilitated the Continental Army’s victory. Within days of this victory, the French government agreed to support the American cause, which was a major turning point in the war. Kościuszko is considered to be the “Father of the American Artillery Service of the United States.” In October 1783, Congress promoted him to brigadier general. In 1785, he was inducted into the Society of the Cincinnati as one of only three foreigners as well as the American Philosophical Society. 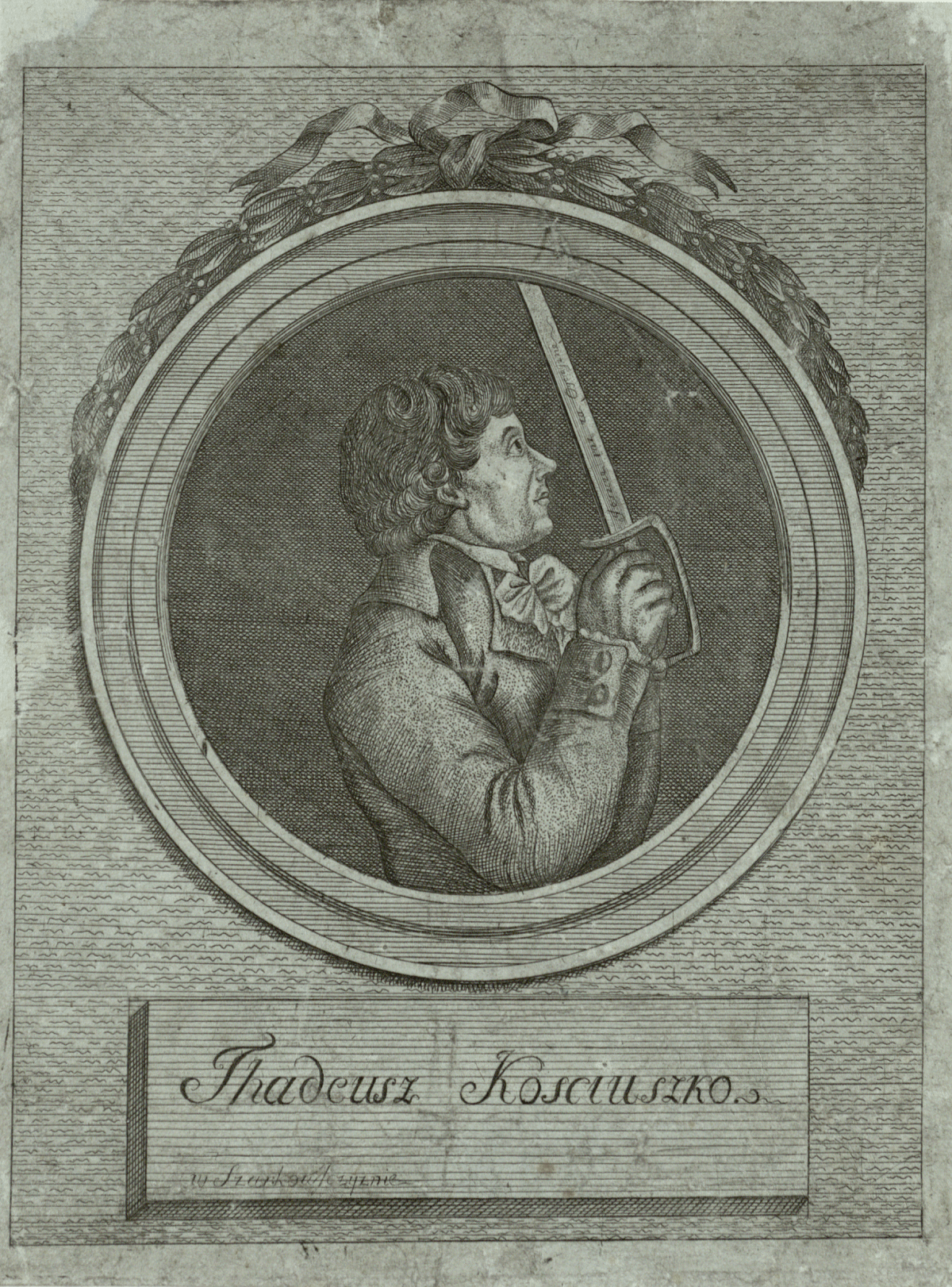 Painting of Tadeusz Kosciuszko. The item is stored at the Wroblewski Library Lithuanian Academy of Sciences

Kościuszko returned home in August of 1784 and settled in Siechnowicze (which is modern-day Belarus). At this time, political pressure was building to increase the size of the Polish army, and Kościuszko took the opportunity to return to military service. He received a commission as a major general in the Army of the Kingdom of Poland. Kościuszko became increasingly involved with political reformers and held the position that the peasants and Jews should receive full citizenship status. Kościuszko believed that the Constitution of 3 May 1791 was promising but needed to go further to procure freedom and liberty for all men, including the most underprivileged. Kościuszko fought in the Polish-Russian war of 1792 and won a number of tactical victories. King Stanisław August Poniatowski promoted Kościuszko to lieutenant-general.

After the second partition of Poland in 1793, Kościuszko gathered an army of some 6,000 and marched to Warsaw. This movement was known as the Kościuszko uprising, a failed attempt to liberate the Polish–Lithuanian Commonwealth from Russian influence. The insurrection ended when Kościuszko was injured and arrested by the Russian army. He was imprisoned in St. Petersburg but was released after the death of Catherine the Great. Kościuszko eventually returned to Europe and lived in Switzerland until his death in 1817.

Kościuszko’s legacy is celebrated universally, and he is remembered for his values, patriotism, and commitment to democracy. Kościuszko was unblemished in both his public and personal affairs. He firmly believed that all men were created equal and dedicated his life to serving this cause, on two continents. He refused to accept the serfs offered to him as a gift from Tsar Paul I and attempted to secure freedom for enslaved black people in his American will.